WX-02 Stirred Selector is the second booster set in the WIXOSS TCG.

Stirred Selector is the first appearance of the Red LRIG Yuzuki, with effect LRIGs at Level 3 and 4, and the Blue LRIG Eldora, with only an effect LRIG at Level 4. In addition, while this set's release of Yuzuki featured the additional Hanayo LRIG Type to utilize preexisting support, Eldora had minimal support from this set until the release of her starter deck WXD-06 Blue Request. 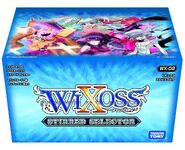 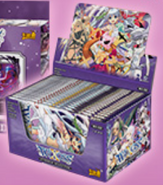 Retrieved from "https://wixoss.fandom.com/wiki/WX-02_Stirred_Selector?oldid=93335"
Community content is available under CC-BY-SA unless otherwise noted.